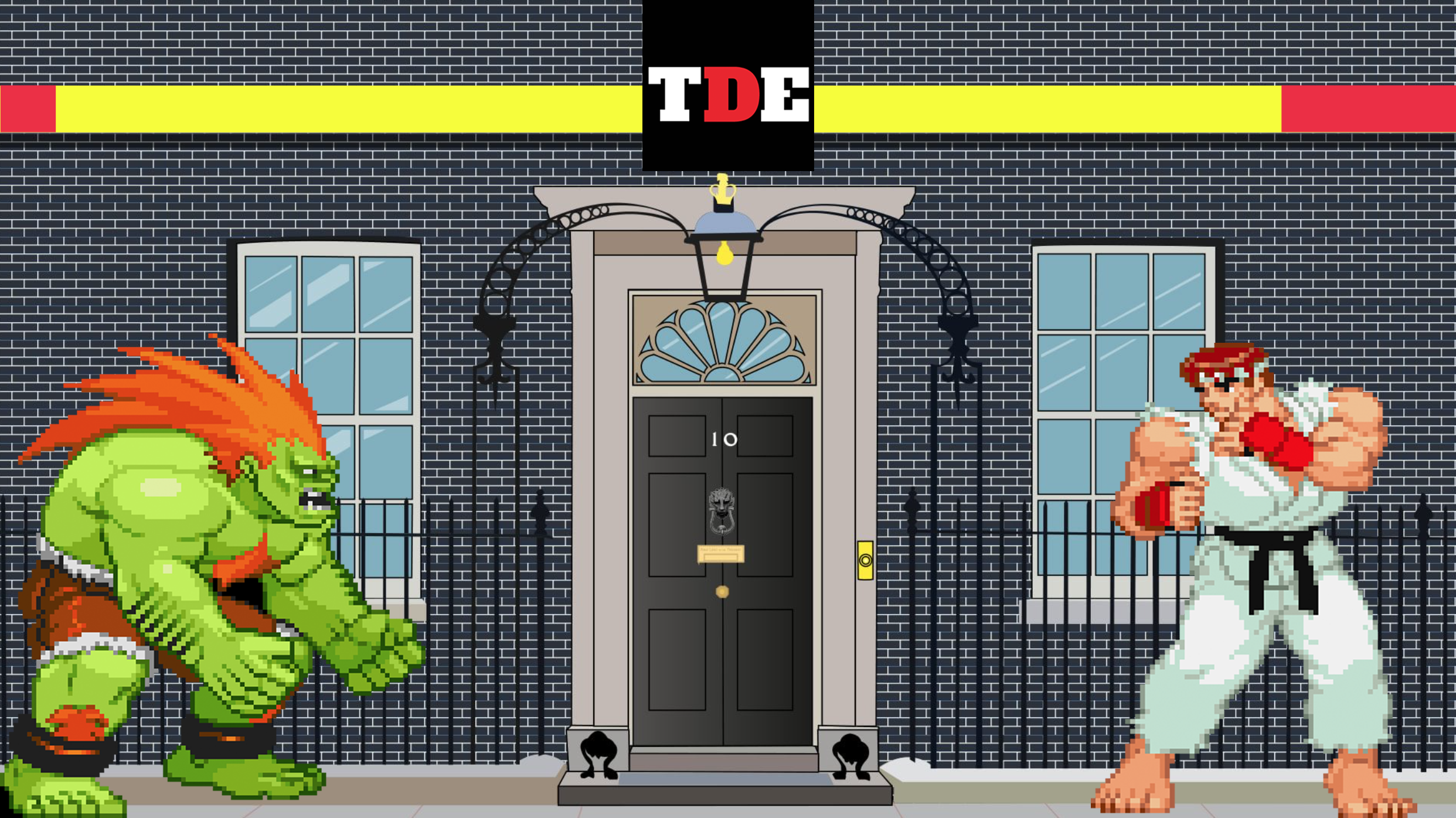 If you you spent the 1990s prodding away at your Sega Megadrive trying to perfect ‘electric thunder’ or Ryu’s ‘Hadou no Kamae’ then the fact you’re also reading a blog about UK political polling data marks you out as an especially geeky type. So Downing StreetFighter will definitely be for you.

Downing StreetFighter is a fun and silly recurring feature we’ll run over the next few months. The concept is simple, every week we’ll ask our users who would win in a hand-to-hand combat situation between two well known Westminster types. Partly because we want to know who would win were Jacob Rees Mogg and, say, John Bercow ever to ‘take things outside’ but also because the comments section of the app will provide an amusing angle on what powers and tactics the parliamentarians might deploy. Gordon Brown, for instance, would wield his Big Clunking Fist, Stephen Crabb can only walk sideways, and so on. We’ll mix it up a bit with cameos from international politics, history and Larry The Cat is even lined up for round.

Over the year and by process of elimination we’ll be able to figure out who’s the hardest in Parliament. So keep on TDEing and make your voice heard.